This photo was taken just last summer, Chip looked pretty fit here and up until his last days when he went downhill fast, this is how I want to remember him.  Chip, with his Grandson. 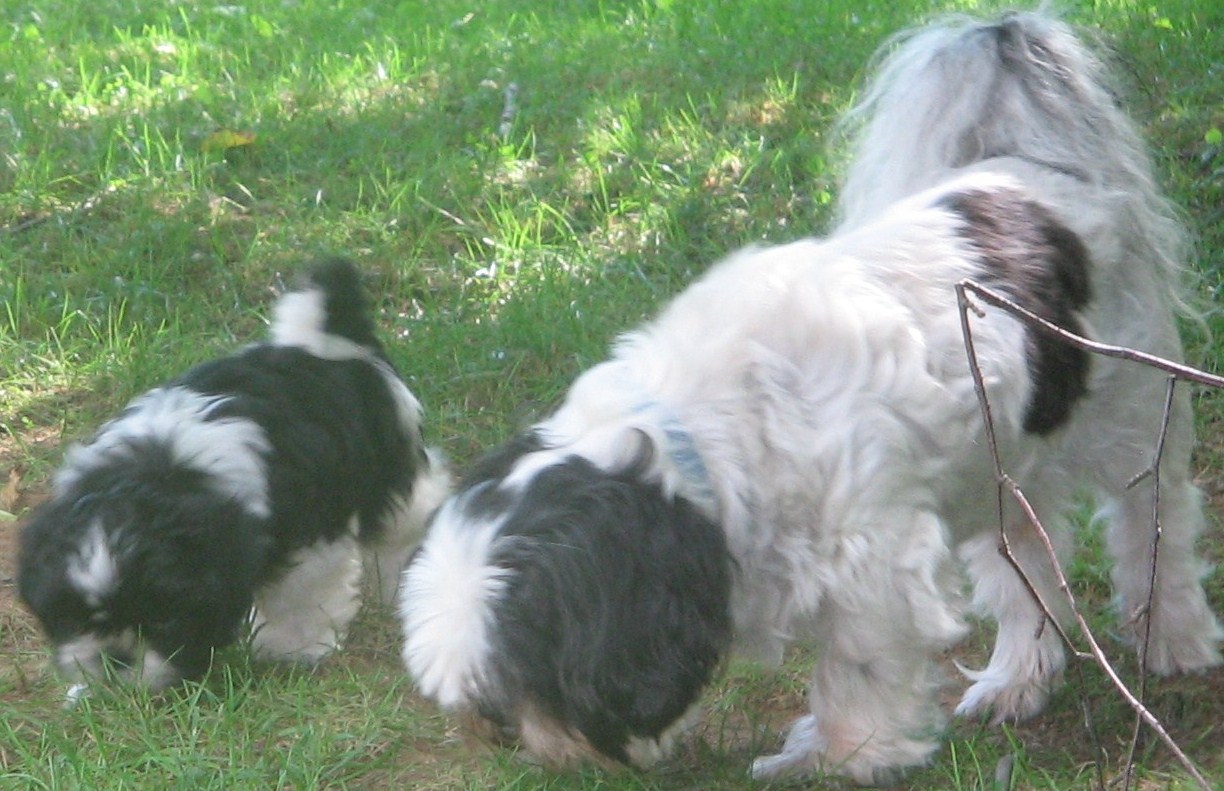 Chip was born in June 1997, I didn't know him then, I was hard at work on my Ship having no idea of how soon my life would change. It wasn't until the fall of 98 when we first met Chip and Dale. And now here we are May the 4th 2011 and my Chip is gone. But not really gone quite yet. When I sneeze I look for him to jump up. He was always bothered when I sneezed. I also miss him there to remind me to change the water bowl. When he first passed I did sometimes forget, and soon realized just how he kept me on my toes. I now remember to change it for him. He did not like drinking from the water dish if anyone had just used it. It always had to be fresh cold water, and he would watch me run the tap and wipe out the bowl.

Chip older but still beautiful!!! He has the most magificant tail and coat that he passed on to his sons and grandkids.!! 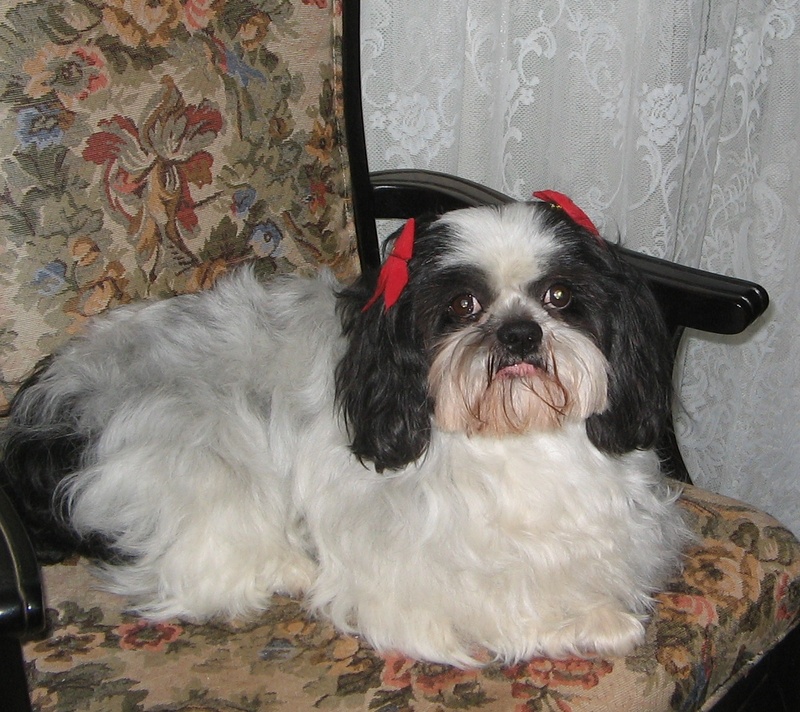 Chip had been slowly showing signs of his old age in the last couple of years, I counted the stairs for him, and helped him off the bed not that he still couldn't jump up and down but because of his age I didn't want him to hurt himself unnessarily. I knew he would die here, with us. At least that is how I imagined it and really he showed no signs other than the occassional bad day. Then one  day , I noticed that he slept a lot, and had to be coached outside. I just thought maybe this was just him getting old, up until that day he hid it so well. I figured as long as he ate, and played and danced and got excited over life. He was fine.

But this day turned into another day, and he did not eat, by day 3 I knew there was no turning back and I knew also that I could not take him in. I just could not let him go. I remember telling my best friend who works for a Vet in Ontario how he was not doing good. And she asked me when I was taking him.

I said I am not , I want him to die here at home with me. She then said, ok that is the perfect senerio he dies in his sleep. Right??? and I said yes.

Well she reminded me that perfect rarely happens, and have I ever seen an animal die?? My first thoughts went to a little puppy that was 4 weeks old ,  his Mom had accidently jumped on him. That poor little guy died in my arms and it was not slow and it was not pretty. This little boy suffered . So I knew when faced with the thought that this wonderful little dog who had given us 15 years of his life might suffer. I had the strength I needed to take him in.

It was amazing really, it was over in less than a min. He did not suffer. I carried him out to the car for the long drive home and realized that there he lie, just as quiet as he did when we drove the hour and a half in.

Chip loved Car rides , but this day I don't think he knew that he was even in our car.

I believe I did the right thing and I think not a day too soon. I am so glad for that converstion with my friend and also so grateful for Jeff my Vet. He would never have talked me into it, but was there and ready when he knew it was time.

Chip died of old age, and he did not suffer. I remember thinking of his brother Dale. I took Dale into the Vet when I knew he was sick , he was 9 years old. They humered me on the phone that " We know what your like Veronica"  You are going to drive all this way and nothing will be wrong with Dale. Well I took him in anyway and they told me he was dehyrated but fine, and they wanted to keep him there for observation. I had never left Dale or any of my dogs with anyone before, but I also knew my dogs needed me at home and I figured if he is fine then he will only get better. Well 3 days later after a morning call that they had just given Dale a bath, and could have visitors, I got a call less than an hour later. That Dale had passed. There is no way to describe how that felt, but I do know that I always wondered if leaving him alone for 3 days in a cage with strangers is why he died." I wondered " Did he die of a broken heart?? Did he loose and give up because I left him there alone??? I will never know. One thing I know with Chips passing is I was able to say goodbye to him. I was able to kiss him and remind him that he would see his brother Dale soon, and they would play together again and he could kiss him for us. And tell him we miss him so very much. Even 5 years later.   The thing is Chip and Dale were our first 2 Shih Tzus , they taught us so much and gave us so much. They will both always be with us. And I know after 15 years, there is not going to be a day that I don't have reminders of this one and only Chip, because truthfully, they cannot be replaced. Each and every one of our ShihTzu has something unique about them and none are the same.